The 14th of July : Bastille Day

One of the revolutionary days in Paris and now a national holiday, the 14th of July (“Bastille Day”) is celebrated with a mixture of solemn military parades and easygoing dancing and fireworks. The storming of the Bastille on July 14, 1789 has been commemorated in France for more than a century. 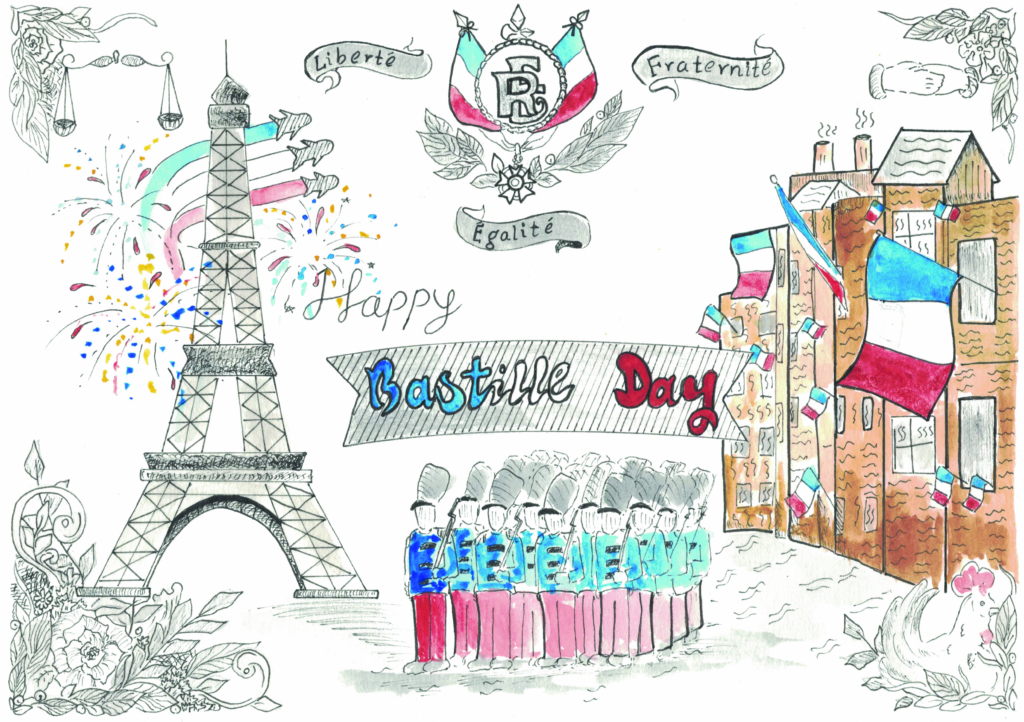 The Storming of the Bastille

Paris was in a state of high agitation in the early months of the French revolution. In Spring 1789, the Estates-General refused to dissolve, transforming itself instead into a constituent National Assembly. In July, King Louis XVI called in fresh troops and dismissed his popular Minister, Jacques Necker. On the morning of July 14, the people of Paris seized weapons from the armoury at the Invalides and marched in the direction of an ancient Royal fortress, the Bastille. After a bloody round of firing, the crowd broke into the Bastille and released the handful of prisoners held there.

The storming of the Bastille signaled the first victory of the people of Paris against a symbol of the “Ancien Régime” (Old Regime). Indeed, the edifice was razed to the ground in the months that followed.

The Fête de la Fédération (“Feast of the Federations”) held on July 14, 1790, celebrated with great pomp the first Anniversary of the insurrection. In Paris, Charles Maurice de Talleyrand-Périgord held Mass at the Altar of the Fatherland, on the Champ de Mars.

The commemoration of July 14 was abandoned in subsequent years. Under the Third Republic, however, leaders (particularly Léon Gambetta) cast about for ways to celebrate the foundations of the regime. A Deputy for the Seine Department, Benjamin Raspail, moved that July 14 be named the national holiday of the Republic, and Parliament passed an act to that effect on July 6, 1880.

From the outset, the emphasis was on the patriotic and military character of the event, expressing France’s recovery from the defeat of 1870. Every commune or locality in France held its own celebration, starting with a torchlight parade on the evening of the 13th. The next morning, church bells or gun salutes announced the military parade, which is followed by a luncheon, spectacles and games, with dancing and fireworks ending the day.

Coming after the austerity of the 1914-18 war, the 14th of July 1919 was the occasion of a great victory celebration. Similarly, July 14, 1945 was preceded by three days of civic rejoicing. 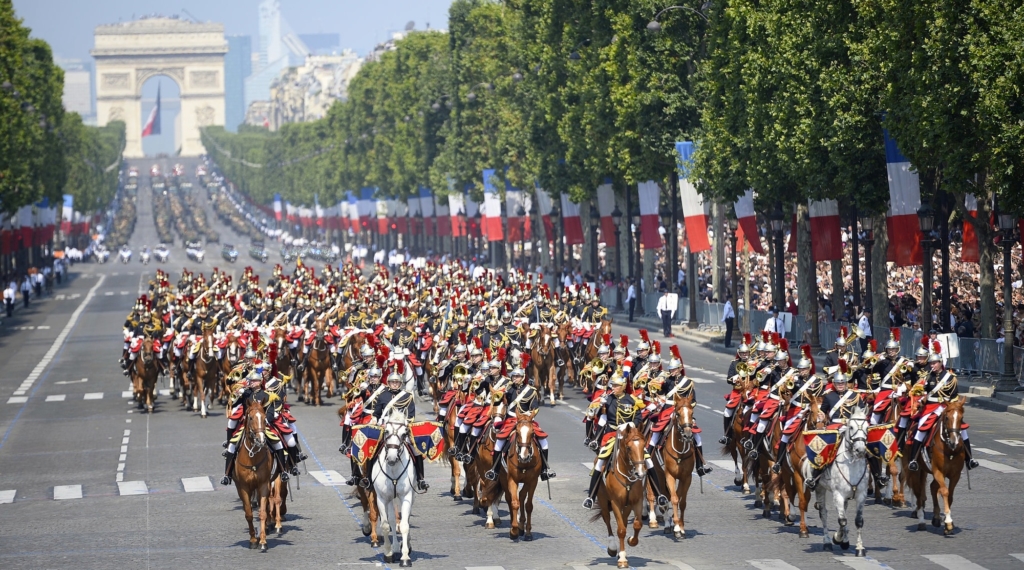 The 14th of July Today

Today, the festivities of July 14 are as popular as ever. In Paris, the traditional military parade on the Champs-Elysées is a meticulously planned spectacle, and dancing and fireworks displays or special illuminations are organized all over the country.

The successive Presidents of the Fifth Republic have modified the day’s events slightly. For example, in order to restore the tradition of revolutionary Paris, President Giscard d’Estaing re-routed the military parade, marching the troops from the Place de la Bastille to the Place de la République. Starting in 1980, however, the parade returned to the Champs-Elysées.

Under President François Mitterrand, the “La Marseillaise” night-time parade organized by Jean-Paul Goude on July 14, 1989, was watched by numerous foreign heads of State, and was a high point in the celebrations of the bicentenary of the French Revolution.

In 1994, German soldiers serving in the Eurocorps took part in the parade on the Champs-Elysées, symbolizing the reconciliation between the two Nations.

In 2007, for the first time, soldiers from 27 European countries participated in the parade. In 2009, Indian soldiers were invited to take part in the ceremonies and the military parade was opened by a contingent of 400 members of the Indian Army, Navy and Air Force. In 2010, fourteen African countries participated in the parade as part of celebrations marking the 50th anniversary of their independence.

In 2007, 2008 and 2009, hundreds of “heroes” and anonymous “victims” were invited to the reception traditionally held in the park of the Elysée after the parade. In 2010, in the context of the economic and financial crisis, President Nicolas Sarkozy decided to cancel the “garden-party” in order to demonstrate the efforts of the Elysée to properly manage public funds. This was also the case in 2011 and later in 2012, as requested by President François Hollande.