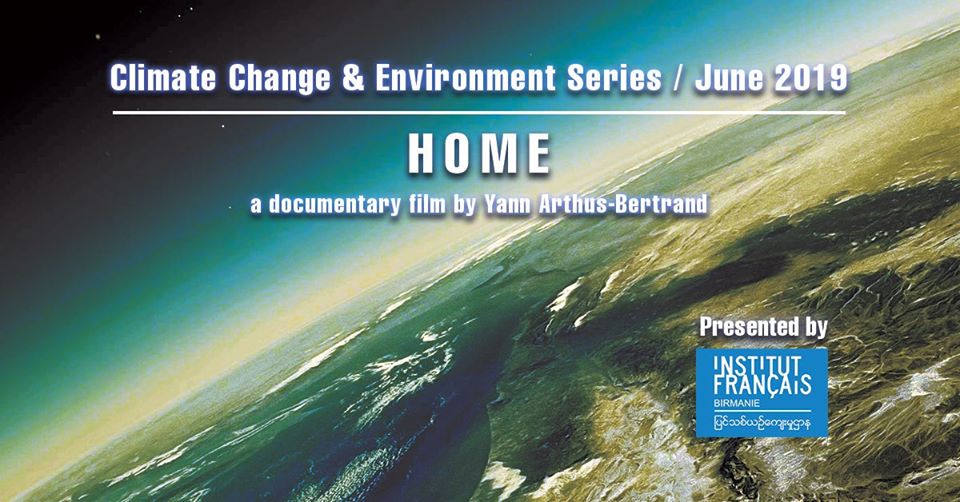 On the occasion of World Environment Day (5th of June every year), the Institut français de Birmanie (French Institute in Myanmar) is organizing a series of events dedicated to climate change and the environment in order to raise awareness about environmental issues.

On Wednesday, June 5th, this series of events will start with the screening of the documentary film Home by internationally renowned French photographer Yann Arthus-Bertrand. This date marks also the 10th year anniversary of the release of the film. A decade later, the issues addressed in Home this film are all the more relevant and pressing.

In the past 200,000 years, humans have upset the balance of planet Earth, a balance established by nearly four billion years of evolution. We must act now. The price is too high. Humanity has little time to reverse the trend and change its patterns of consumption.

Through visually stunning footage from over fifty countries, all shot from an aerial perspective, Yann Arthus–Bertrand shows us a view most of us have never seen. He shares with us his sense of awe about our planet and his concern for its health.

HOME is the first film that has been made using aerial-only footage.
HOME the movie is carbon offset.

Film in French with English subtitles.
Food and drinks will be available on purchase.