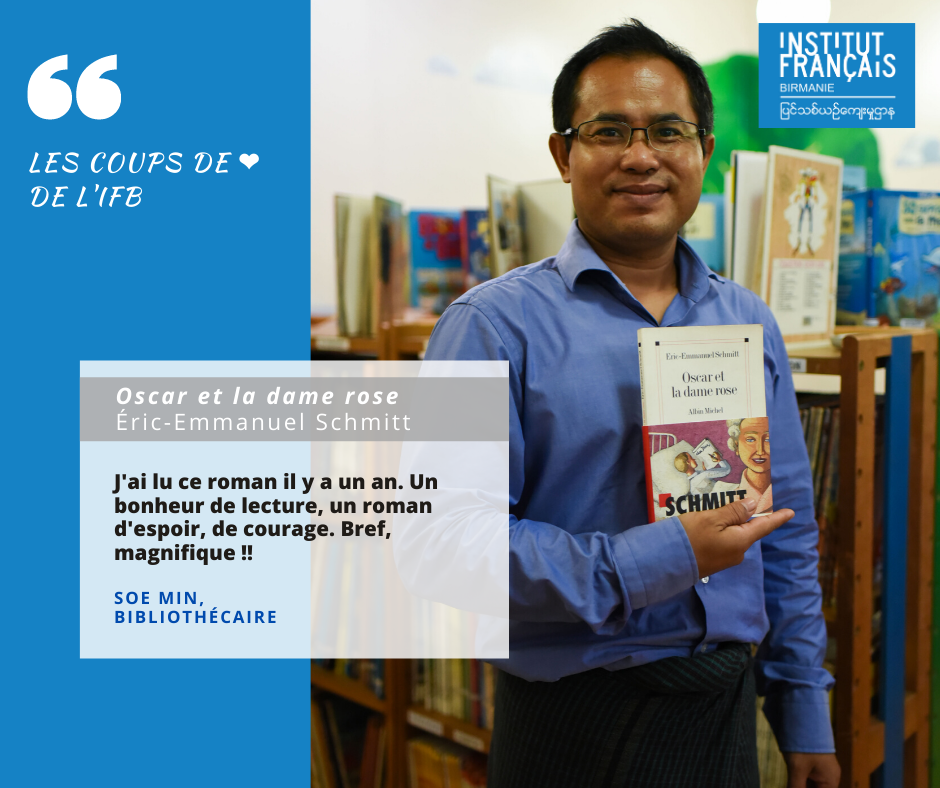 New #Coupsdecœur series! IFB staff presents their favorite books, all available at the library. Let’s start with Soe Min, our librarian, who introduces you to Oscar and the Lady in pink (Oscar et la Dame rose) by Eric-Emmanuel Schmitt:

“I read this novel a year ago. It is such a pleasure to read, a novel of hope, of courage. In short, magnificent!!! From the legend of the 12 divinatory days, the sick boy in this novel used well his last 12 days as if they were 130 years of his life.”

“The Burma Chronicles sketches with a lot of humor some of the timeless characteristics of contemporary Burma. Those who have had the magical experience of having a baby in this country where people sincerely love young children will particularly enjoy reading this book and find resonance in it. A must read!” 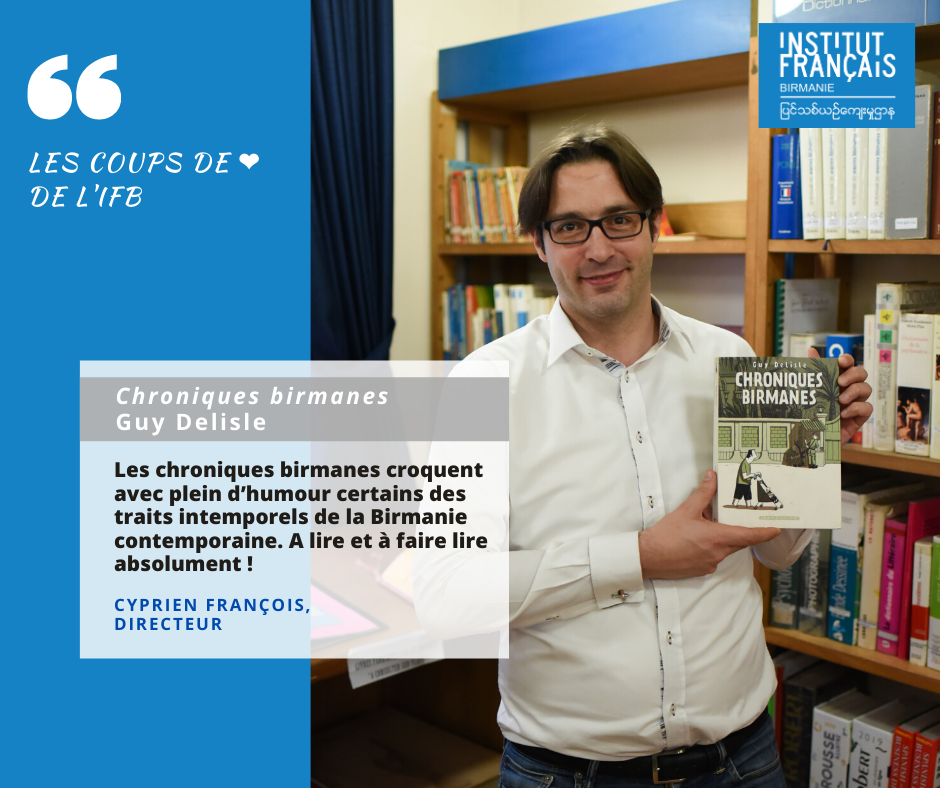 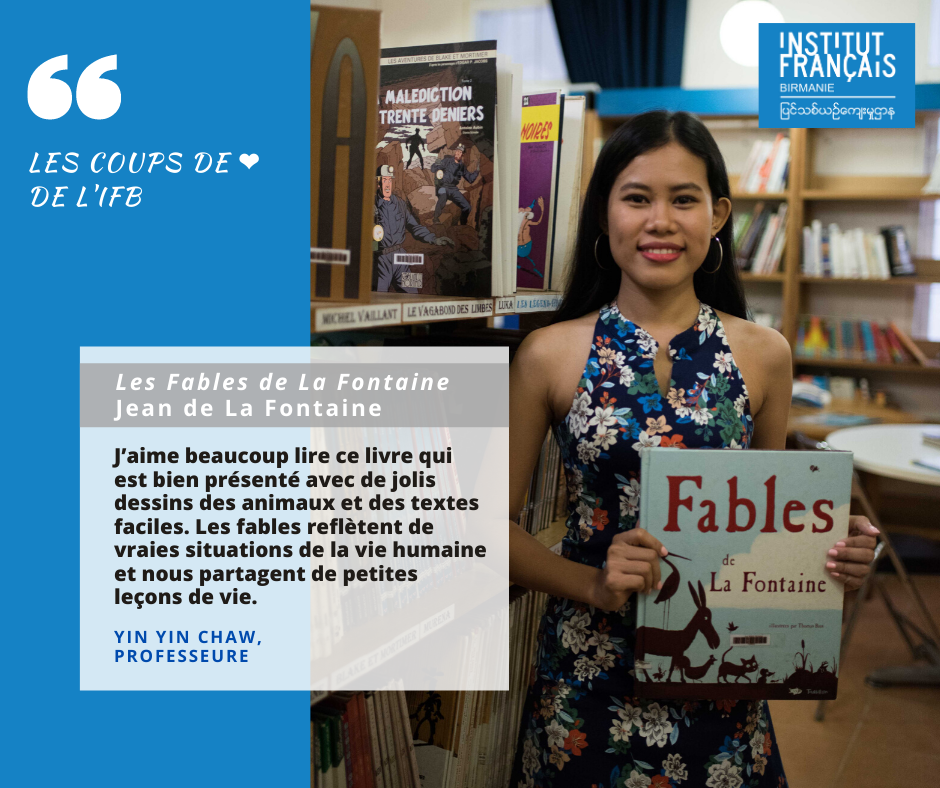 “This book is made up of short stories with animals as main characters in the stories. I really enjoy this book which is well presented with nice drawings of the animals and easy wording. Fables truly delight and educate children and also adults. They reflect real life situations and teach us small life lessons.”

#Coupsdecoeur Tobias Colin, who is doing an internship within the Culture & Communications department, is sharing with you one of his favorite books, The Second Sex by Simone de Beauvoir :

“More than a simple observation, this post-war essay sweeps away determinism and frees women. A powerful and inspiring manifesto, “The second sex” allowed me to understand a world that was unknown to me.” 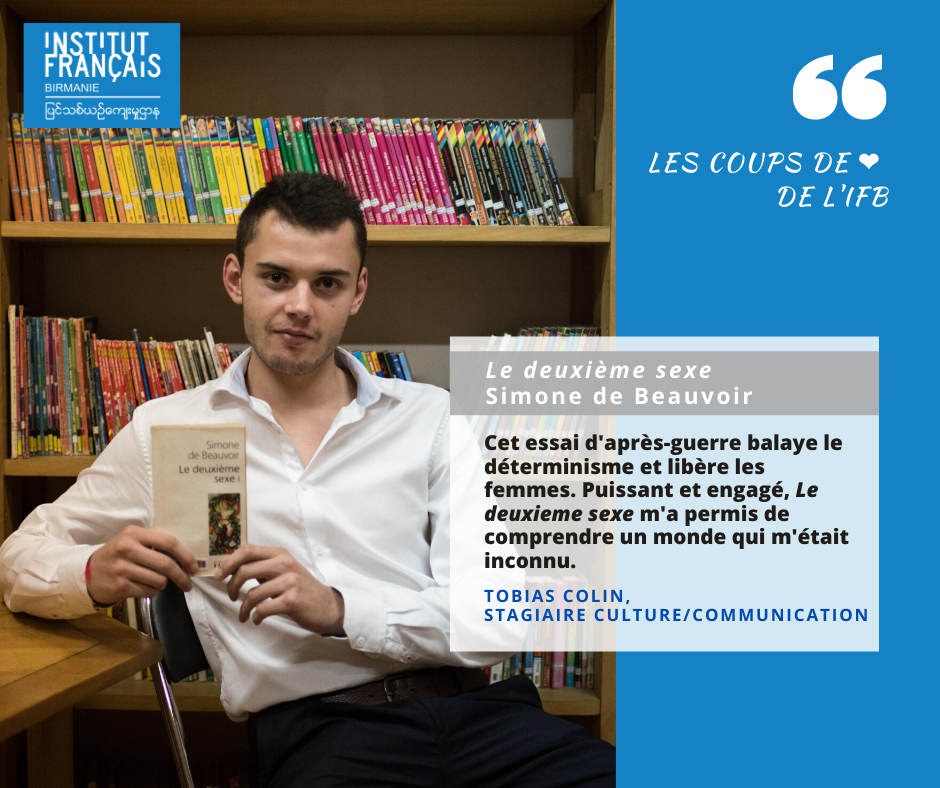 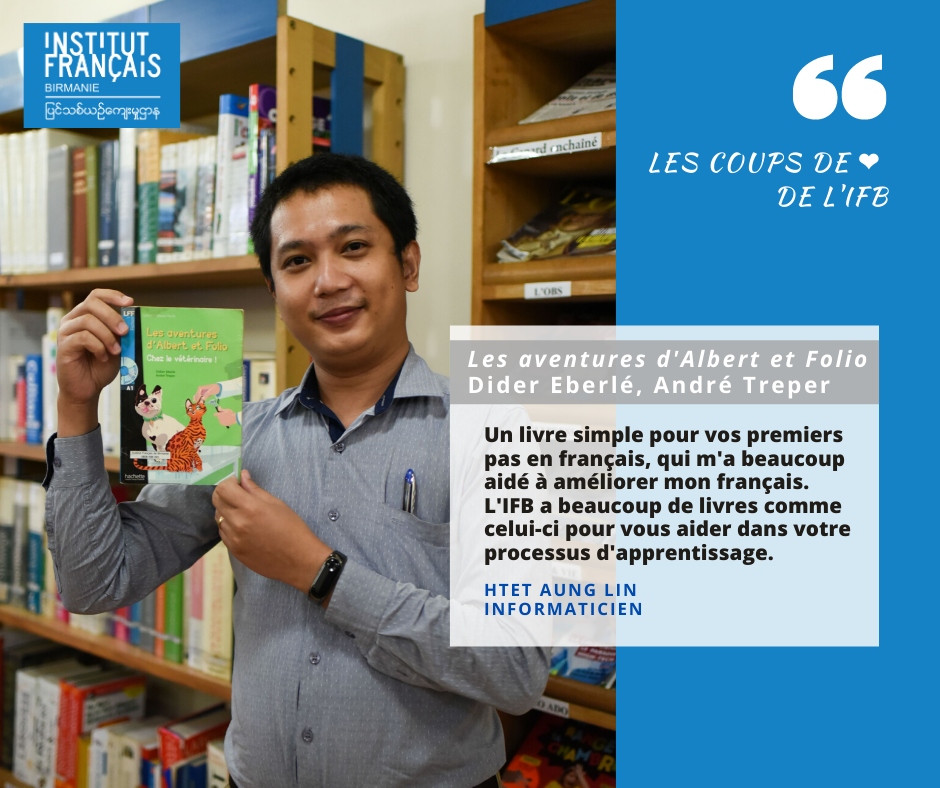 #Coupsdecoeur Htet Aung Lin, our IT Officer, is presenting a book that helped him learn French:

“An easy read for your first steps in French with beautiful illustrations telling the adventures of Albert the Bulldog and Folio the cat. With the audiobook included, you can either read or listen to their adventures. When I first started learning French, this book helped me a lot to improve my French.The IFB has many books like this one to help you in your learning process.”

#Coupsdecoeur Maxime Desmaris, Health Cooperation Officer, is presenting a book that reminds him of his chidlhood,The Three Musketeers by Alexandre Dumas:

“My brother and I were big fans of the story of the three musketeers by Alexandre Dumas which has also been derived from films, cartoons, series, comics and even video games.This book is a swashbuckling adventure novel with lots of fight scenes and romantic twists. It highlights values ​​such as humility, courage, justice, bravery and even honor.” 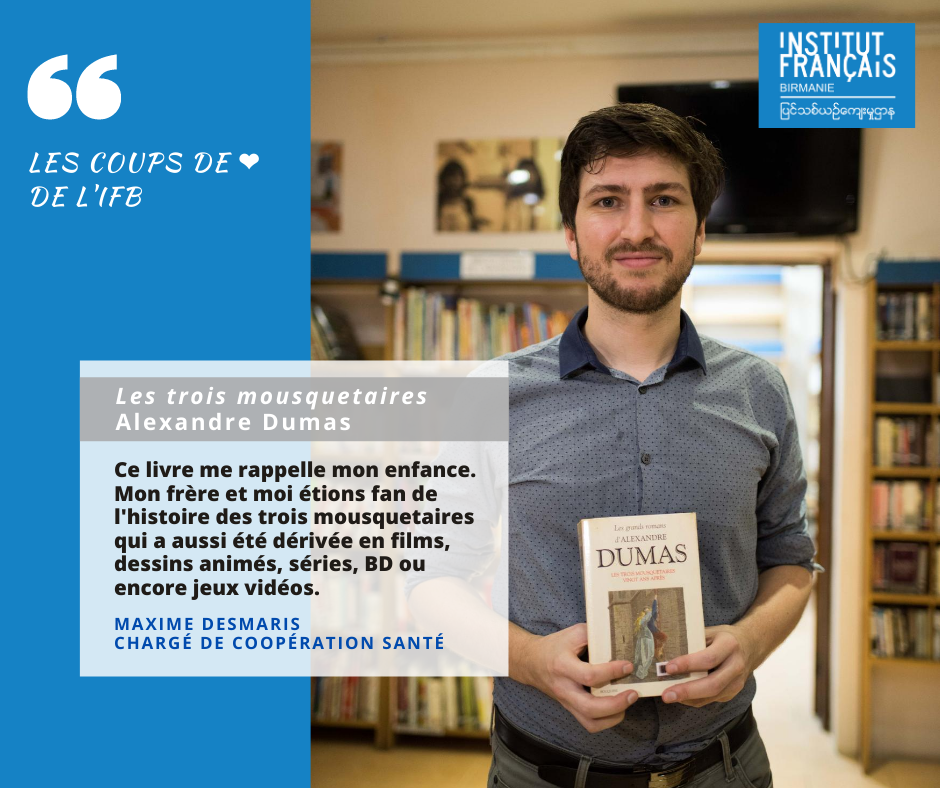 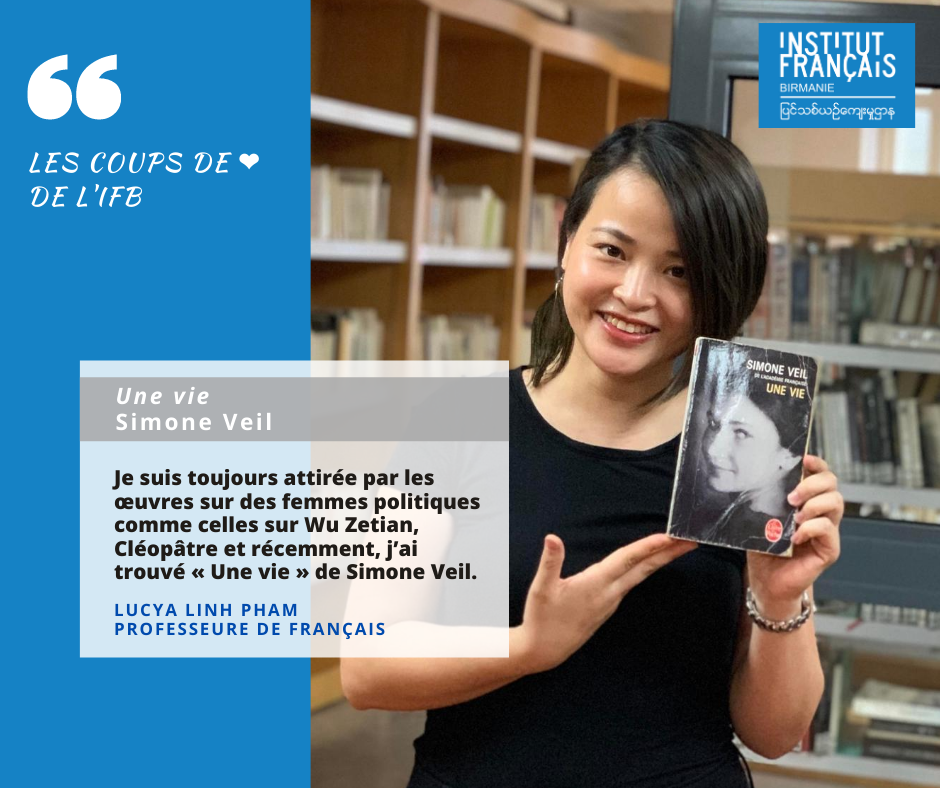 #Coupsdecoeur Lucya Linh Pham, French teacher, tells you about a book that is important to her:

“I’m always drawn to books about female politicians like those about Wu Zetian, Cleopatra and recently I found Simone Veil’s“ A Life ”. Get a coffee and a pencil to take notes and open the pages of “A life”. You will be immersed in the atmosphere of the deportation trains in Auschwitz, then in the roles of S. Veil in the French government and in the European Parliament. Besides being a politician, Simone Veil is a woman with a heart and soul for her family and her country.”